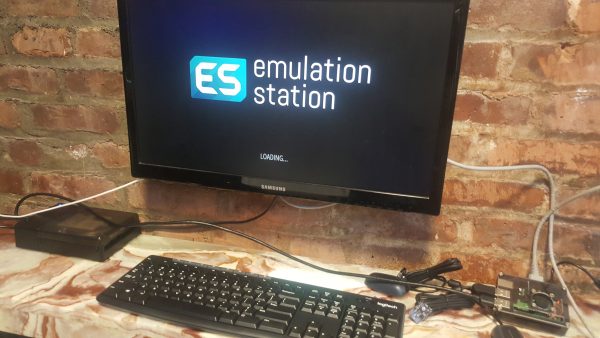 The consoles list, game count and which games work:

· Nintendo Entertainment System (NES) – 1,750 – This is one of my favorites. This has a complete North American game set and a Europe set as well. On top of that, there are also a folder of games called “World and Others” that has the rest of the worlds games beside the two already listed (they are organized I might add), it also has some betas, prototypes, revisions, and translated games as well.

· Nintendo NES Classic Edition – 37 – There are 22 games that were released worldwide, 8 Japan exclusive, and 8 North America/ PAL exclusives. Why spend hundreds when you don’t have to?

· Nintendo NES Rom Hacks! – 2,534 – User/Community created games. These are generally modeled after a preexisting game that has some form of user created modifications. These modifications (hacks) can range from simple tweaks to make the game better, to making an entirely new game from an existing game! There are 103 different game folders here, ranging from the game 1942 to Zippy Race. There is a file for Homebrew games, Unlicensed games, and ‘others’ as well.

· Famicom Disk System – 265 – Everything works well. A Japanese exclusive console that has Famicom/NES games on disks, somewhat like a 3.5 inch floppy disk. There is a folder of Unlicensed, Betas, and Alternate games here as well.

· Super Nintendo – 1,964 – Much like the NES when it comes to how the games are organized. One main folder with North American games, with a Europe folder and a “World and Others” folder as well.

· SNES Rom Hacks! – 703 – Same as the NES hacks, but with the SNES. There isn’t as wide of a verity as the NES, but there are some good games here. The majority (350) consist of SMW hacks, ever heard of Kaizo Mario World?

· Super Famicom – 1,448 – Everything works well. Runs off of the SNES’s emulator. The games are divided into five different alphabetical ordered folders.

· Nintendo BS-X Satellaview – 133 – Another Japanese exclusive ‘console’. This hooked up to a Super Famicom and the games were broadcast over the air to players.

· Game Boy – 1662 – Same folder structure as the NES and SNES, this time, however, there is a Japanese game folder since there isn’t a main menu item for them, as well as the rom hacks folder is in with these games as well.

· Game Boy Advance – 1,017 – Everything works well. Due to size restraints, there are only English released games here.

· Nintendo 64 – 248 – This isn’t the smoothest, but it isn’t bad enough to not play. The default emulator uses the default controller configuration, but if a game doesn’t work you can try switching emulators and see if the game will work with a different emulator (if you switch, Escape on a keyboard will exit the game).

· Nintendo 64DD – 10 – Another obscure Japanese attachment. This was a disk based N64 attachment. It doesn’t work with the N64’s default emulator, so you will need to switch emulators when switching between the N64 and N64DD.

· SEGA SG-1000 / Multivision – 166 – Most people don’t realize Sega was making consoles and computers prior to the Genesis and Master System. This is one and it works well.

· SEGA Tec-Toy – 42– This is actually a Brazilian console. Seems to work well, and is an interesting piece of Sega history.

· SEGA Master System – 519 – Everything works well. Same layout as most of the Nintendo consoles. The main folder consists of North American games, then there is a Europe, Japan, and Others folder.

· Atari Jaguar – 59 – Slow, the Pi doesn’t handle the emulator too well. I kept them on here  because they don’t take up a lot of room, and the emulator could be updated at some point.

· SuperGrafx – 6- Everything works well. Emulator needs switched when going from TurboGrafx 16 to this and vice-versa, such as with the N64 and N64DD.

· Vectrex – 43 – Nothing says fun more than vector graphic games! This works well by the way. There is also a folder of random game types, these are not included in the game count.

***Below are the arcade emulators. They will generally work the same as the above consoles. Select will add a coin to the system, whereas Start will start the game.***

· AAE – 31 – This is a collection of old vector based arcade games, it does run off MAME.

· Nintendo PlayChoice-10 – 52 – Same as the Nintendo Vs. System, arcade machines produced by Nintendo, runs off MAME, and everything works well. Will need a keyboard to start the game however.

***Below are the computer emulators, they will need a keyboard and mouse for the most part, unless otherwise noted. They are not as reliable as the above console and arcade sets, but they generally work for the most part.***· Adventure Game Studio (AGS) – 10 – Point and click games. Needs a mouse to play

· Amiga – 4,135 – Everything, for the most part, works. Takes a few steps to get the games setup and playing, but they all seem to work.

· Amstrad CPC – 7,301 – All the games I’ve tested load. Emulator of a computer so a keyboard and mouse are needed.

· ColecoVision – 291 – Everything seems to work how it should.

· Oric – 535 – Works well enough, some bad apples here and there but overall not bad.

· VideoPac Odyssey 2 – 225 – For the most part, it works pretty well. Keyboard and mouse though a lot can be played with a controller.

· ZX Spectrum – 21,259 – Works, decently. I have these sorted out pretty well. There is a main folder with the bulk of the games. Then I have other folders, such as 128K games, compilations, disk based games, etc. Wondering what the blue texted consoles are? They are sets that I have created exclusively for this product. That or they are new sets that nobody has yet.

· Laserdisc (Daphne) – 39GB – 14 – Dragon’s Lair is here, along with 14 others. These can pretty much be thought of as interactive movies.

· Nintendo DS (NDS) – 156GB – 6,204 – I have tested several and they all seem to work well. I find it easiest to play with a controller that has analog sticks; one of the sticks will control the touch screen.

· PC-FX – 42GB – 74 – Japanese games. It will load up to the consoles menu, press ‘a’ on your controller to start the game. Some games lag pretty bad, some don’t lag too much and are playable.

· PlayStation Portable (PSP) – 22GB – 30 – Lags, the Pi can’t keep wup as will as I’d like but some play decently. There are only 30 here because the entire set will not fit. They are 30 of the more popular games for the PSP.

· SEGA Dreamcast – 290GB – 266 – Some games do not work, they are not compatible yet (about half or so). What does work though works well enough. There is some lag here and there but I haven’t seen anything too bad. There is a process when you first want to play, you just need to set up you controller mapping for the emulator. Just once though and you won’t have to do it again.

For more news and updates on your favorite video games, check out GameMite.

ARE THESE ENOUGH GAMES & SYSTEMS FOR YOU?